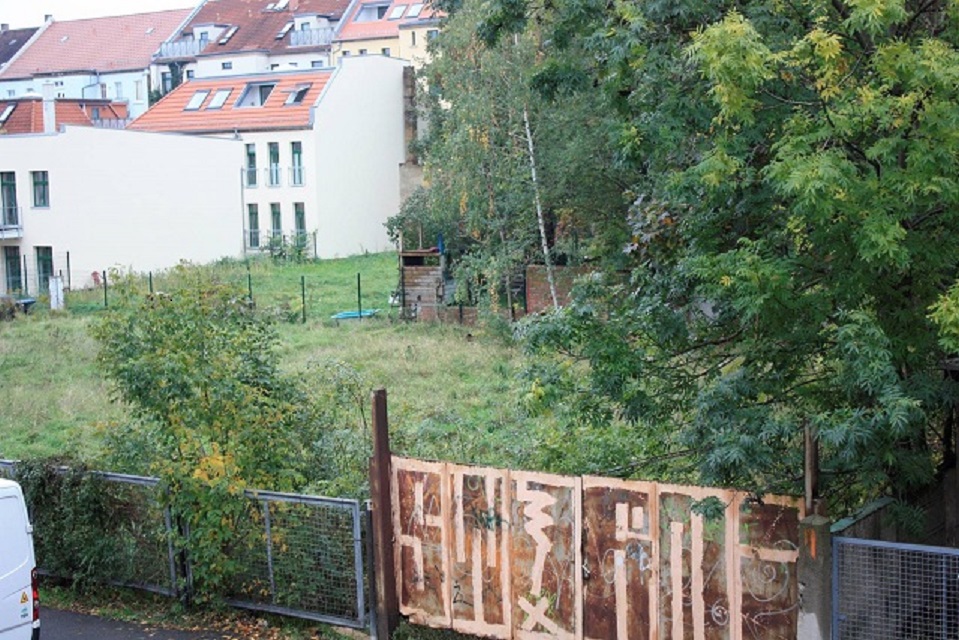 If peatlands are the Cinderella of ecosystems, urban brownfields are the ugly duckling: just an interim state, not very aesthetically pleasing and in the end only intended to (re)develop into something else, whether it turn out to be duck or swan.

Urban brownfields are areas within a city that have lost their previous use and are currently without use. They might have been former residential or commercial spaces, with buildings on them either intact or in ruins, or they could be completely empty(1). In some definitions brownfields are seen as (potentially) contaminated land. The type of land I consider here, however, does not necessarily have any form of contamination; it has simply been abandoned and may also be referred to as vacant or derelict land.

So how do these brownfields come into existence? Nearly all cities house a few brownfields, but there are some hotspots. Central European examples are former industrial cities in the UK and the Ruhr-Area in Germany as well as some cities in Eastern Germany, the former German Democratic Republic(2,3). Brownfields tend to be most frequent in regions that have witnessed a decline in some sort. This decline could be caused by the withdrawal of certain branches of industry, which causes large former industrial areas to fall derelict. Another, often related, cause is urban population decline. In Eastern Germany, for example, the German reunification led to a flow of population from the East to the West. This flow was the result of a withdrawal of investment in the East and increasing unemployment rates which added to the attraction of the West(3).

At the time when they fall derelict, brownfields frequently consist mainly of sealed areas and buildings. While there might be some vegetation present, a large part of the area first has to be reclaimed by nature. In the beginning low, short-lived pioneer plants reclaim the area. Often these first plants are wind-pollinated plants drawing on the seed banks of the surrounding areas. These grasses and herbs soon make space for the first shrubs and small trees. Over time the plants grow higher and more long-lived species settle in, until, if a field is left undisturbed for long enough – say 50 years, a forest is formed. This development is called succession. Most brownfields do not get the chance to reach the fully forested state as they are either frequently disturbed (e.g. by an interim usage as parking lot) or redeveloped. Nonetheless it is not unlikely for brownfields to house a certain quantity of trees. The plants found on brownfields are often hot and dry adapted plants, which can do particularly well in areas within a city where they are not artificially watered(4).

Since these ‘empty’ fields do not provide any profit for the city that shows up in the accounting books, they are largely seen as potential areas for commercial or residential human use only. In the eyes of city planners and residents they also do not appear to be a desirable aspect of a city. The vegetation growing on them looks chaotic, not well maintained, and on top of that brownfields are often associated with the less affluent parts of the city. Consequently, the main intention is to return them to a state in which they are used(2).

Nonetheless, the ugly duckling does have qualities of its own – qualities that do not lie in the swan it might become in the future but in what it is right now. No matter if they house a low grassland, a scrubland or if they are forested, they provide ecosystem services. They are vegetated areas within the highly built-up city environment after all(5). As discussed here, plants in the urban area play a very important role for various reasons. Just like other urban ecosystems, they influence the city’s water household by storing and filtering rainwater. They can contribute to micro-climate regulation, which is of particular relevance in the urban context due to the urban heat island effect. They also help mitigate climate change by storing carbon in plants and soil. Due to the dry and hot adaptation of the brownfield vegetation brownfields also can provide a cheap and climate adapted greening of the urban space. The green space brownfields provide is also at times used for recreation, even though this usage is largely informal and many brownfields are made inaccessible by means of fences. Lastly, brownfields provide an alternative habitat for a range of plants and animals in which they are mainly left undisturbed, different from parks or private gardens(6).

Now this alternative habitat unfortunately has a tendency to be very temporary. The world population is growing, and the rate of migration to the cities is even higher than this population growth. Most of this growth takes place in less developed countries, but many Central European cities are also experiencing growth. There are (at least) two options how cities can accommodate the growing population: sprawl or densification, i.e. either growing outward or filling in the gaps.

In a city which has brownfields the obvious answer would be to redevelop these in order to provide new housing space. This would avoid spreading outward into the country at the cost of agricultural or natural ecosystems. So far so good…

However, the fact that these brownfields themselves might house very diverse and active ecosystems is rarely considered. Just redeveloping urban brownfields without any consideration of their role in the urban environment is likely to result in a reduction of the provision of a number of relevant ecosystem services in the city.

While from an environmental perspective in-fill densification still is preferable to outward growth (considering not only the avoided sealing of new areas but also shorter distances to travel etc.), ecosystem services and biodiversity on brownfields should be integrated into urban planning decisions. With good planning, a brownfield can be e.g. developed into a new residential area, while at the same time high vegetation cover and corridors for transport of the cool air can be maintained. In this way the climate regulation aspect of the former brownfield can be kept while providing new space as well.

Sometimes leaving the brownfield as it is, is not an option. Sometimes turning it into a green space accessible to everyone is not possible either. In such cases, a new neighborhood on an old brownfield, one that maintains most of the ecosystem services while keeping the city from sprawling – that most likely is the most beautiful swan the ugly duckling could turn into.