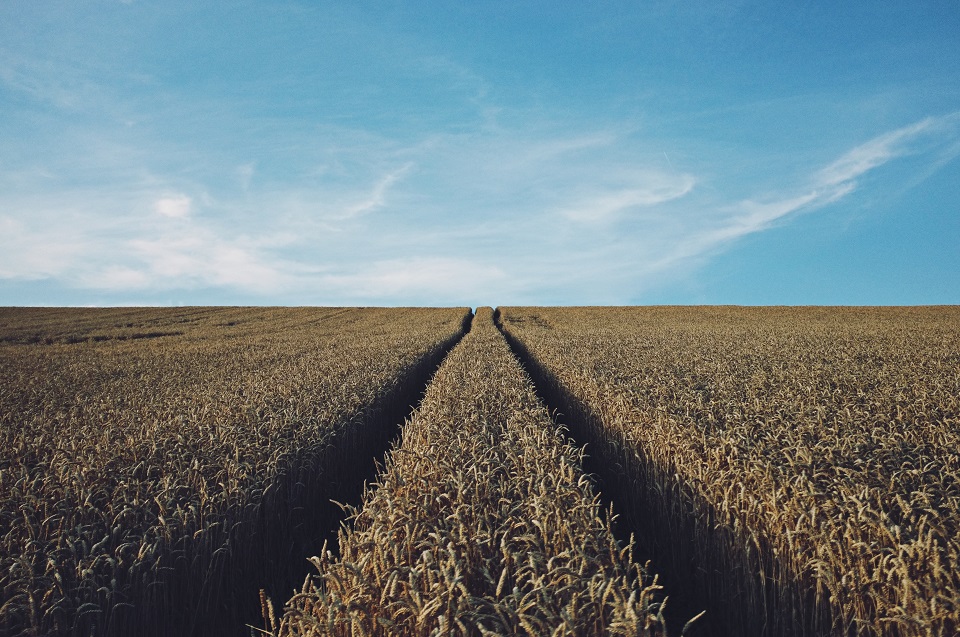 The topic I want to talk about here isn’t new or unheard of, but it is a red hot issue – and has been for many years. It’s a topic that can very easily slide to the back of your mind and fall into oblivion. Lately, I came across an article about it in a German magazine and thus was reminded of the problem. It shocked me again, like it always does when I hear about it, and I started to do some research.

I am referring to the topic of patents on food, especially on vegetables and grains. More and more patents on agricultural plant species are being issued by the European Patent Office. Although, strangely enough, the European Patent  Convention states in its article 53(b) that patents on „plant or animal varieties or essentially biological processes for the production of plants or animals“ shall not be granted. How then, is it possible that by now more than 2000 plant and animal varieties have been patented (just check out the Patent Register)?

The first of these patents was granted for a genetically modified mouse. The mouse was modified in such a way that it was prone to get cancer and therefore could be used in cancer research. In 1992, this mouse was patented and the paragraph above was bypassed by denoting the mouse as an invention rather than a species or variety. This formed a precedent and paved the way for the many patents that would follow. Gradually, more and more genetically modified plants and animals were patented and after a while the same started to happen with species that were bred the traditional way. Up to today 180 traditional breeds have been patented and 600 more will be soon. The reasoning behind these patents is, that while the biological processes used to create these breeds cannot be patented, their results can, as they are an invention. It seems as if the patent office just interprets their convention in whatever way is most profitable to it – or to big corporations. As the patent office is not controlled by the European Court of Justice it is basically an uncontrolled entity. The fact that the Patent Office earns money by granting patents probably doesn’t do much to help its neutrality.

Big corporations like Monsanto, Syngenta, Seminis, Bayer etc. use these patents to secure the control over the food market. They can decide what is grown – and at what price. The patents protect not only the seeds, but also the plants arising from them and the resulting products, e.g. ketchup made from patented tomatoes. A shocking 95% of vegetable seeds in Europe are controlled by just five corporations. These corporations breed and modify their plants with just one single goal: profit. To maximize profit, they breed plants that have as high a yield as possible, but need very large amounts of fertilizer and pesticides to actually achieve that yield (how strange that fertilizer and pesticide are often made and sold by the same corporations…). The hybrid plants are often manipulated in such a way that only the first generation has high yields. To constantly achieve high yields, farmers are forced to buy expensive new plant seeds every year in addition to all the fertilizer and pesticide. This can bankrupt farmers. The high prices of genetically modified seeds have for instance contributed to the poverty of Indian farmers, which in the end led to countless suicides.

There are also disastrous consequences for the environment and therefore for all of us. The control of the market by the big names leads to the development of huge mono-cultures. These mono-cultures are severely impacting the biodiversity of plants and animals. The very much reduced genetic diversity makes plants vulnerable. The likelihood of having individuals with a resistance against diseases or pests is much lower in a small genetic pool. An example for this are banana plants, which, due to their low diversity, are struggling with a fungus that is killing off many of them. The same problem has arisen before and it is only due to a new breed of banana that we can still find them in every supermarket (which is a problem in itself, but anyway). The tolerance for changes in climate, like warmer summers and more or less rain, is also strongly reduced in such a restricted population. Furthermore, unintended out-breeding with wild types might lead to a spread of the gene that was designed for pesticide tolerance. There is a fear that this could lead to the formation of so-called ’superweeds‘. As a response to an increasing use of pesticides, the plant pests those pesticides are meant to fight, are also developing more and more resistance. This can lead us into a vicious circle, where we will need more and more pesticide and therefore increasingly pesticide-resistant food crops. Unfortunately ‚what happens on the field stays on the field‘ does not apply to pesticides and fertilizers. Rain washes them from the field until they eventually leach into our water bodies, where they accumulate, pollute the water, cause eutrophication and can eventually lead to the collapse of lakes.

But resistance is on the rise. The group ‚No Patents on Seeds‚ was founded in 2007 and has been fighting these patents ever since. At the moment the patent office still rules as it likes. However, the problem now has reached a broader audience and 550 000 citizens have already signed a petition on the German petition site ‚Campact‘. This June the Administrative Council of European Patent Office met. They would be able to stop the patent office in their free interpretation of the convention. The support from society is given and the German government is also in support of a stricter adherence to the convention. I think there is quite a bit of hope that reason can prevail over greed this time!