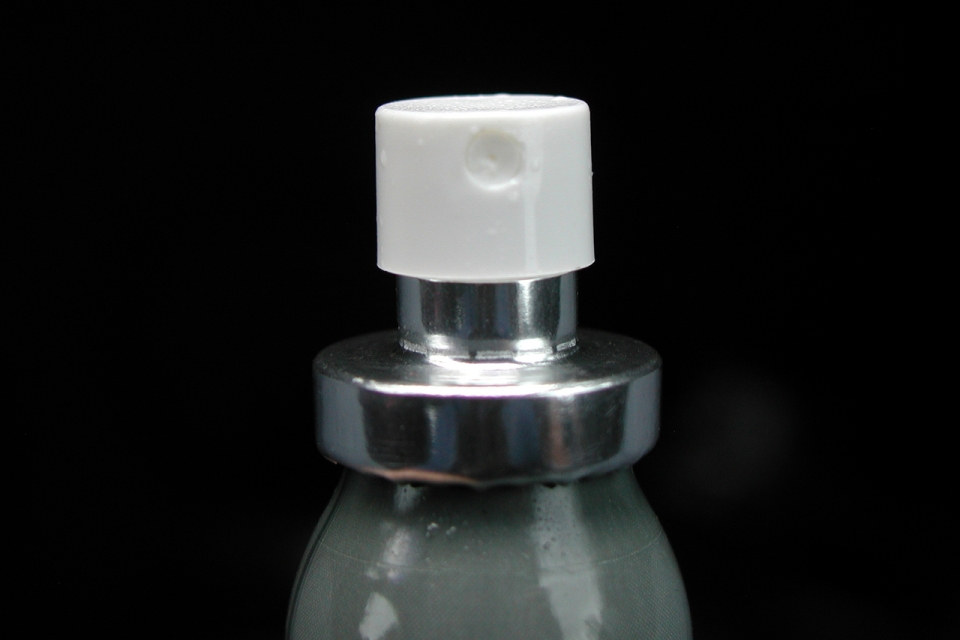 I recently promised to provide you a field report about the self-made deodorant based on simple baking soda, which I already promoted quite a bit. So, here you go! However, I could not help, but adding some background  information, since I find it important to explain, why mixing your own deodorant just makes perfect sense.

Why do-it-yourself, if you could just buy it?

One of the symptoms of my severe ecoholism is that I am trying step-by-step to release my bathroom from all the unnecessary and harmful stuff and instead look for natural alternative products that are more ecofriendly. Thereby, criteria particularly important to me, are the following:

If you have a look at the ingredients of conventional deodorants, it becomes clear that these should be actually of the very top of the banishment list.

However, despite my so far good experiences with alternative cosmetics (e.g. soap instead of shower gel or oils instead of lotions), I was procrastinating the deo-issue quite a while. Well, I knew that there are people, who already tried it and I even had a recipe in mind, since you find a lot of inspiration online. Most of the recipes have two things in common: 1. The active component is sodium bicarbonate; 2. The procedure is very simple.

Maybe to simple to be true?

Being honest, initially I was just skeptical. If this is so easy and even works, how can it be that most people are still buying deodorant in a drugstore?

Finally, it was the recall of my past and the lack of other alternatives that made me just give it a try…

For being correct, I actually should distinguish between deodorant and antiperspirant. However, if I am honest, that’s six of one and half a dozen of another for me. I am aware of the difference on molecular level (smell neutralisation vs. well, antiperspirant). But in private: none of the two really prevented me from sweating. Therefore, I used to buy both types of products, without making a real difference. So please forgive me, if I just lump them both together and use the term deodorant for everything.

Previously, I mainly used spray deodorants of the brand Rexona (called Sure® in other parts of the world). If I think back to it, I can just shake my head in disbelief over myself, since apart from Sure® being a product of the dubious multinational consumer goods company Unilever, I become dizzy if studying the ingredient list:

Let’s just take the example of Sure® Woman Cotton Dry, where you can count not less than 32 ingredients! Seven of those are classified as less or not advisable according to “Ökotest”, a German consumer protection foundation that is independently testing consumer goods. Among these are the highly flammable fuel gases butane, propane and isobutene, which are extracted from mineral oil or natural gas; or aluminum salts that can induce skin reactions.

Even among the substances, classified as alleged “harmless”, are some that strongly affect the environment. Cyclopentasiloxane for instance cannot be degraded and therefore accumulates in the environment. Furthermore, there are some compounds that are very likely to be based on palm oil, although they don’t need to be declared as such.

And if this wasn’t be bad enough already, the whole spray cocktail is stored in a stupid container box, which I cannot tolerate at all anymore. That Unilever claims to have the intention of preserving the environment via it‘s ridiculous Sure® compressed innovation, would almost be kind of funny, if it wasn’t so sad…

Due to this nuisance, I had switched to natural cosmetics alternatives like e.g. Alverde, quite a while ago. Compared to Sure® the ingredient list is only half as long and clearly less red. However: The waste aspect remains, since even a glass flask will end up in a bin if buying a new product. Furthermore, some critical compounds remain, like glycerol or glyceryl caprylate, for which you cannot exclude 100%, that these are not based on palm oil.

(Here you find the recipe…)

Let’s first have a look on the key data:

Ok, so far there are only advantages. But how does it work in action? I decided to test this in several phases – “sweating factor” increasing.

I brought my conventional deodorant for phases 2-4, just in case – but I didn’t need it! Afterwards I can say that my concern was entirely baseless. The self-made deodorant passed all four test phases with flying colours. Neither had I an unpleasant feeling, nor did my colleagues avoid me. Also for my skin it works very well, no irritations at all.

As a result, the DIY deodorant is in no way inferior to the purchased version. Quite the contrary: I think it even works better! You don’t have the problem of this penetrating deo-smell that is often transferred to your clothes and kind of reminds on gym changing room fragrance. When using the self-made version, you just smell… nothing! – And this works perfect for me.

After several weeks of using the self-made deodorant, I can only say: I will stay with it! It works perfectly, is very easy to produce and not only preserves the environment and my skin, but also my purse. So why should I ever buy some again?

Just give it a try as well, it’s worth it!