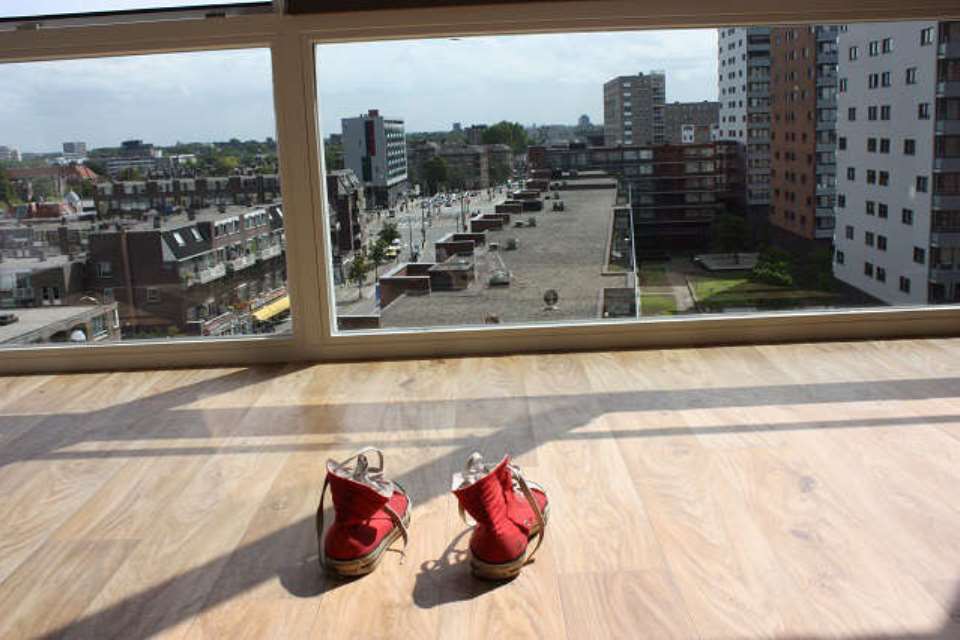 Every time I walk through a store, be it H&M, Ikea or even a delicatessen store, I see so many things I just have to have. How could I possibly have survived without them? For years I hadn’t really noticed, my stuff was spread everywhere, some things at my parents’, some things at my own place and always a few things in a suitcase, because I was travelling somewhere over the weekend again.

But now that I finally moved into a flat by myself again (after a short excursion into hell for environmentalists – a shared flat with 11 students). I became aware for the first time of how much stuff I actually own.

When the transporter was completely unloaded it was almost possible to move inside my not-so-small apartment. According to the German Federal Statistical Office, the average German owns around 10.000 things, Stefan Kern writes. The 2506 things, already considerably less, that architect Henrike Gänß counted in her house  are responsible for a shocking 30.000 tons of CO2. I suspect that I have already collected way more things. In my wardrobe alone I counted 500 items, and I probably missed a few. I even had to buy a new,  bigger wardrobe (of course second hand), now that all my clothing is in one place again. And to consider that I had already sorted 4 or 5 trashbags full of clothing to give away. That led me to ask myself the question how much I really need and I why I feel like I regularly need to buy something else. Don’t I already have more than enough? And even though I have so much stuff, when furnishing my apartment I found a couple of things I felt needed and had to go shopping at Ikea.

To change my habits I decided to do a kind of self-experiment. As a first step I will sort out clothing, decorative items and other possessions I rarely use and put them away somewhere. The idea is, that I can take out something if I feel I need it, and that I can check in there if I feel the need to buy something new. Maybe that way I can rediscover the value of some of these things. Everything I haven’t missed or rediscovered in the course of a year I can then give away, donate or recycle. I will let you know how this is going. Let’s see how many things my wardrobe will contain by the end of that year.

But I want to take this experiment a little further. I will also start to monitor what I buy. From now on, I will write down everything I buy (excluding food, trash bags, you know what I mean). Not only what I bought and how much I paid – but especially why I have bought it. The aim is not to simply buy whatever I come across, but to buy what I really need, like a new pair of jeans if my old ones tear. Things I really need or want, especially clothing, I will try to find second hand.

An interesting (German) article on this topic tells the story of others which have come to similar conclusions about the topic of ‘too-much-stuff’ as I have and have drawn much more extreme consequences than I have. Examples include the 100-Thing-Challenge by Dave Bruno which has the aim to reduce your possessions to 100 items. Or the Cult of Less by Kelly Sutton. The motivation behind these ranges from personal well-being to criticism of consumption. For me it is mainly the latter, as I have to admit, I do like my stuff. I hope my experiment will help me to discover some of the former as well. I will keep you posted!