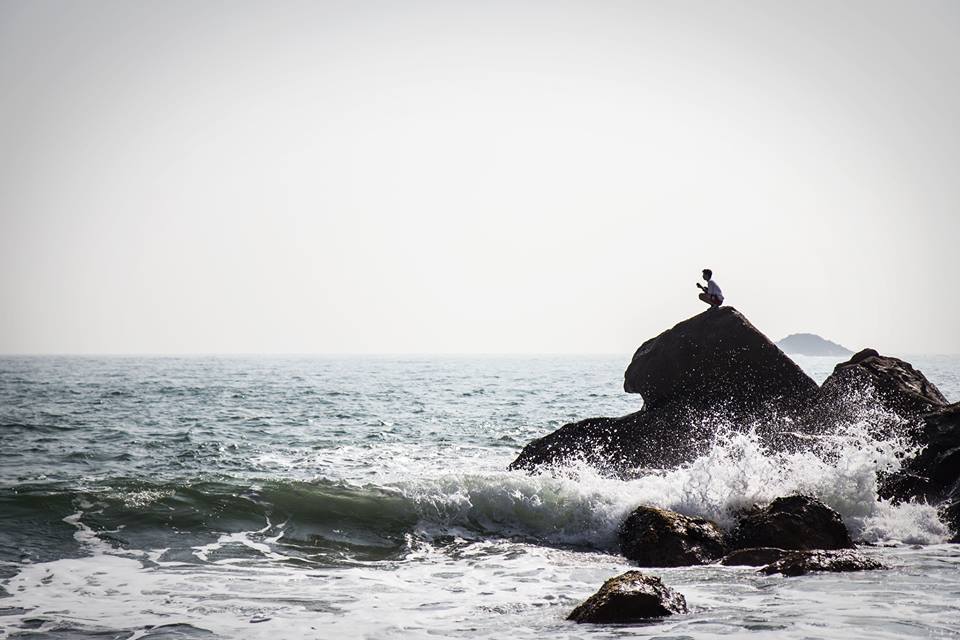 To be honest, there are situations that make it difficult to keep the head up and not just give the whole world my finger. Good news like Donald Trump wants to go for president or President Obama (usually quite straight-forward in climate issues) allows fracking in the arctic, are just two examples.

Depending on my emotional state, even smaller things might bring me to the edge of explosion. For instance, when I involuntary become witness of the incredible everyday problems of random people during my weekly shopping procedure. How cheeky is it that a supermarket is selling way too soft mangos imported from Ecuador especially for you, letting you wait five minutes at the checkout or – the worst – offering budget meat 10 cents more ‘expensive’ than last month? … Seriously!? For F***’s sake! Just eat an apple instead, relax or buy something which does not contain antibiotics! Yes, sometimes I cannot prevent myself from dropping my head in my hands and asking myself, whether it wouldn’t have been a better idea if I had learned something different and could just deal with the nice and easygoing things in life. Baking cakes for instance – or even better – eating cakes. In fact, I enjoy both of these things quite a lot.

However, this feeling of existential crisis usually doesn’t stay too long. At a rough estimate, as long as it takes to have a beer and to write an enraged message to my friend and colleague, illustrating my newest experience with human stupidity and future plan C. Shortly after sending these lines and placing the bottle to our returnable bottle-potted flower decoration on the window bench, my despair already fades. Plan C was yesterday and I re-take my usual eco-guerilla position.

The reason for this is that I am above all and still an optimist. Not because I have to decide between pessimism and optimism, but by deep conviction. Now, I am not infrequently asked why?  Fair enough, a good question. However, my reasons are as simple as compelling.

Firstly, it is just like this: I want to stay optimistic. Because I love this planet and I don’t want it to collapse. I am fascinated by its beauty and uniqueness, the diversity of species it holds and by the overwhelming force of nature, which make us appear so small. Although I would consider myself a true scientist, who questions everything and never accepts a ‘simply because‘ as an answer, I am so overwhelmed of what nature has created, that sometimes I can’t stop myself from asking if things like miracles maybe do exist. Once you got real close to nature, experiencing its ability to cure and the relief of letting go of everything unessential, you probably cannot deny a certain hint of spirituality. No matter how rational the mind normally is.

As strong as my fascination of earth and life, is my awareness of how the human species is about to destroy everything without any rhyme or reason. At first, insidious like a disease, but soon rapid and cruel, like a shot in the head. As if it all was worthless, as if we were not dependent on the environment we live in – and as if no one saw the beauty out there, because wealth and progress made us blind. It is exactly this combination of fascination and brutal awareness, which paved my way. Confess own mistakes, instead of blaming someone else. Start changing things from bottom-up, instead of (a)waiting regulations from above. Resist the mainstream of consumption and throwaway society. Open the eyes, act, get loud and never give up.

Furthermore, my optimism is rooted in my conviction – no, it is rather a certainty – that if one starts to really think about global environmental issues, if one begins to seriously realize the broader context and consequences and besides, manages to confess the own responsibility, this will lead to a chain reaction. For every single one of us.

Once entering this process, there is no return. One cannot say anymore ‘I don’t care’ or ‘it’s not my business’. It is simply not possible to keep on hiding in the own small and cozy world of illusion, ignoring the problems we are facing as humanity. Because suddenly, the easy-going cake of life doesn’t taste good anymore and the budget meat bears the impress of exploitation. All at once, the personal role in this global hassle becomes so damn obvious and without mercy, reality yells the truth in your face. Constantly and everywhere. Firstly, you will probably just start asking questions like ‘Does it need to be like this?’ or ‘Do I really need it?‘; but soon this will be transferred into an appeal: That needs to be changed!

Finally, there is only one option: To take matters into your own hands, mobilize your optimism and get going.