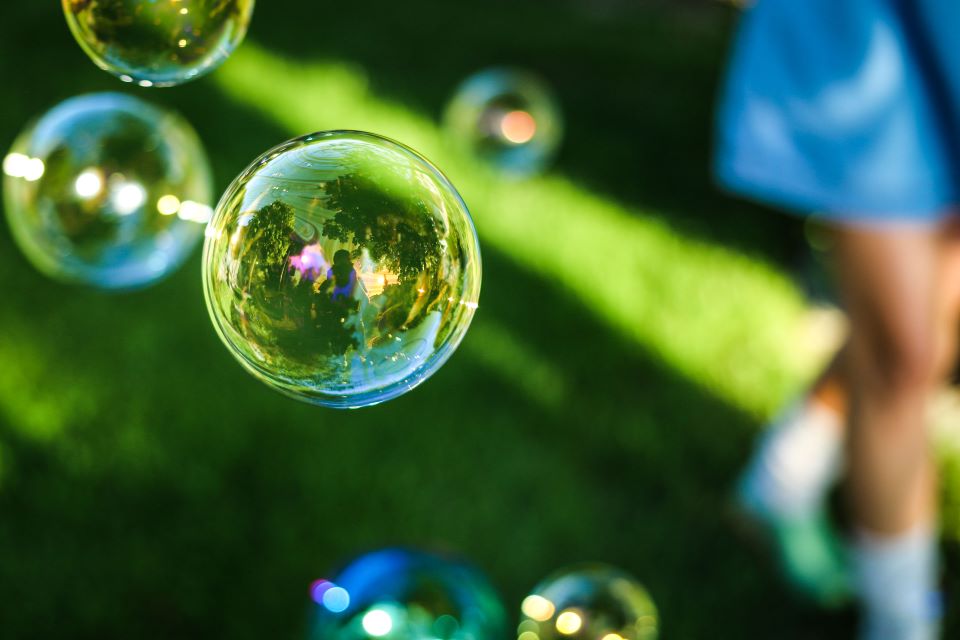 In a world of growing population, the global efforts to improve living standards and foster development imply a re-evaluation of how economies can grow in a more environmental-friendly and sustainable way. To formulate economic and development policies that assure long-term prosperity, natural threats such as air and water pollution, soil degradation, climate change, biodiversity loss, and depletion of fish stock and fresh water have to be taken into account. Usually the unsustainable exploitation of just one type of natural resource is fast and leads to other long-lasting, if not irreversible, environmental damages.

These practices, however, are very often tolerated because they support a country’s economic growth. For instance, converting forests into land for agriculture or livestock increases gross domestic product (GDP) on the short-term, but simultaneously causes environmental damages such as carbon dioxide emissions, biodiversity loss, soil degradation and water pollution, that can hamper long-term economic growth. Part of the problem lies in the traditional measurement of national income, which does not reflect the extent to which growth is sustainable. Providing such information is the core function of environmental accounting, and extending its use is of central importance to better monitor the negative environmental effects of harmful practices and act to avoid them.

What is green growth and why environmental accounting?

From the 1992 Rio Conference, international summits on the environment have called on adopting a more sustainable approach to economic growth and promoted the adoption of environmental accounting. In particular, at the Rio+20 Conference the latter was identified as a central instrument to reach green growth.

The concept of green growth was first introduced 26 years ago by Michael Colby, in a World Bank working paper.[1] However, only recently the term gained global relevance. Confronted by the lack of an official definition of green growth, this article defines it as the means of fostering economic growth and development, while ensuring the efficient and sustainable use of aggregate natural assets. Green growth indicators, compared to just focusing on income, is complex to attain because it entails two different dimensions: the economic and the environmental. As a consequence, it requires adequate tools, which can inform decision-makers and help to design, monitor, and evaluate public policies. This is the purpose of environmental indicators and new measures of growth.

During the last years, universal sets of indicators and methodologies have been developed by the Organization for Economic Co-operation and Development (OECD) and the United Nations (UN), respectively. However, not all countries have found the right incentives to implement them and the progress towards a green economy is still very incipient. Environmental accounting constitutes an alternative that could better fit the specificities of each country. It consists of complementing the system of national accounts with environmental accounts that measure the stocks of natural assets, the level of pollutant emissions, water pollution, and waste production caused by economic activities. It also focuses on economic transactions (taxes, protection expenditures) linked to the environment, in various sectors of the economy. Hence, it helps decision-makers to better assess environmental pressures as well as the impact of production patterns on the environment, and ultimately to better manage natural capital.

Moreover, environmental accounting aims at organizing and measuring environmental data so as to more easily integrate them with economic ones, sometimes even providing for their valuation in monetary terms. This exercise allows for the development of meaningful indicators and adjusted economic measures, such as Green GDP, that can aggregate in a unique metric both national income and the underlying use of natural resources and pollutant emitted.

A milestone in better accounting for the environment was achieved in 2012 when the UN Statistics Commission adopted the System of Environmental and Economic Accounting (SEEA) as an international statistical standard. The SEEA provides accounting rules and tables for compounding statistical data that are internationally comparable, and for the derivation of indicators that monitor the linkages between the economy and the environment.[2] The SEEA has been progressively expanded to address the specificities of the water, energy, fisheries, agriculture, land and ecosystems sectors and resources. Even though there is a common framework for compilation and measurement, environmental accounts are unevenly produced around the globe. Countries of the European Union have implemented them on a systematic basis, but many Latin American countries, amongst others, have not done the same.

Disparities of implementation between Latin America and the EU

European countries have been pioneers in implementing national environmental accounts. Currently, all EU members produce extended statistics and accounts on air emissions, material flows and environmental taxes, to complement their traditional national accounts. Moreover, the availability of national statistics have enabled the development and harmonization of green accounting at Union level, with the 2011 Regulation on European Environmental Economic Accounts. Today, the Commission provides aggregate green accounts for the region and has created regional environmental indicators such as the EU carbon footprint. This common European framework for action is key for reaching the objectives of the Europe 2020 Strategy for green growth. The regular production of three additional accounts will be mandatory by 2017, and this requires strengthening the capacities of national statistical institutes. What is more, the next fundamental step for European countries is to use these achievements to further implement policies towards green growth.

In Latin America intergovernmental cooperation on the global environmental agenda has been set up with the Latin American and Caribbean Initiative for Sustainable Development (ILAC), created by the Forum of Ministers of the Environment of Latin America and the Caribbean in 2002. ILAC has facilitated the adoption of common environmental indicators at regional level, with a standard methodology for compilation. Hence, efforts have been made to elaborate tailored instruments, but the majority of countries have not integrated the environment into their official national accounts. Yet, this issue is particularly relevant for the region. A striking share of economic activities depend on the exploitation of natural resources, which often produces harmful consequences, such as forest depletion or the contamination of lakes and rivers due to mining activities. Only in 2014, several South American countries have experienced a staggering 120% deforestation increase in their Amazon basis.[3]

Among the technical obstacles to develop environmental accounts stand the lack of financial and human resources, the low availability and quality of data, and the lack of institutional coordination.[4] Colombia and Mexico stand out by having developed systematic and extensive environmental accounts. Their Statistics Institutes provide accounts for water, mineral assets, energy and emissions, forests, material flows, environmental protection expenditures, biodiversity, and transportation. Mexico also regularly compiles a Green GDP index. However, these are initiatives of individual countries and no collective action has been undertaken at international level to mainstream their use.

Is International Cooperation the Solution?

Development cooperation has taken steps to fill this gap. The Wealth Accounting and Valuation of the Ecosystem Services (WAVES) has been established to support national governments in adopting and developing natural capital accounts in addition to their traditional economic accounts. It is a global platform for training and knowledge-sharing, with the objective of building a global consensus. This World Bank-led global partnership has demonstrated that environmental accounts can positively influence policies. In countries like Guatemala and Colombia forest accounts have informed policymakers of the degree of uncontrolled logging, and Guatemala consequently adopted a National Strategy for Production and Use of Fuelwood. A similar effort was made through the Economics of Ecosystems and Biodiversity (TEEB) Project, aimed at providing an accurate monetary valuation of environmental resources to facilitate the development of satellite environmental accounts.

However, the region still faces substantive challenges. No supranational body can enforce the adoption of policies in every country. Nor does it seem that the solution comes solely from international cooperation. Development cooperation can surely enable knowledge sharing and capacity-building, but it cannot replace the domestic political will needed to implement environmental accounting and foster green growth at national level.

To do so, public and private actors need incentives. Of course, environmental taxes and externality markets can waken businesses interests and push them to adopt more sustainable behaviors, making environmental preservation not only a moral, but also a rational economic choice. But above all, what is needed is a drastic change of mentality across all sectors of the population accompanied by a new strategy for growth. Key players need to acknowledge that taking care of the environment can actually boost economic growth. Currently, environmental policies are perceived as highly costly and growth hindering, and consequently, policymakers remain reluctant to implement them. Thus, if there are no mentality changes, economies will keep growing without regard to the environment. Yet, a mere change of perspective could potentially improve the scenario. As the “Better Growth, Better Climate” Report[5] states, countries at all levels of income can find economic opportunities within green growth. A proper evaluation, with adapted control instruments, would help to assess and pursue them.

Learning from others and taking the youth into account

Adopting green accounting is fundamental for achieving sustainable economic growth in Latin America and Europe. Cooperation and incentives, although necessary, are not sufficient to systematically implement green accounting in all countries. The EU experience demonstrates that a strong impulse for environmental accounting at the regional level is desirable in Latin America and could also constitute a step further in regional integration. It moreover highlights the fundamental role of national priorities, and the necessary commitment of all the sectors of the economy to achieve sustainability. In this sense, public opinion, based on well informed grounds, can play a major role in shaping the political agenda and calling the attention of leaders. In particular, the youth is the one in charge of taking steps towards a greener growth. Hence, it is paramount to bring awareness to young professionals, both in Latin America and Europe, and provide them with the right tools for them to take action. How green growth is defined, what it can achieve, and knowing what measures are needed, can positively influence the decisions that future leaders will take. This is no easy task. It requires the involvement of a broad range of actors to prepare young generations by promoting educational and raise-awareness activities.