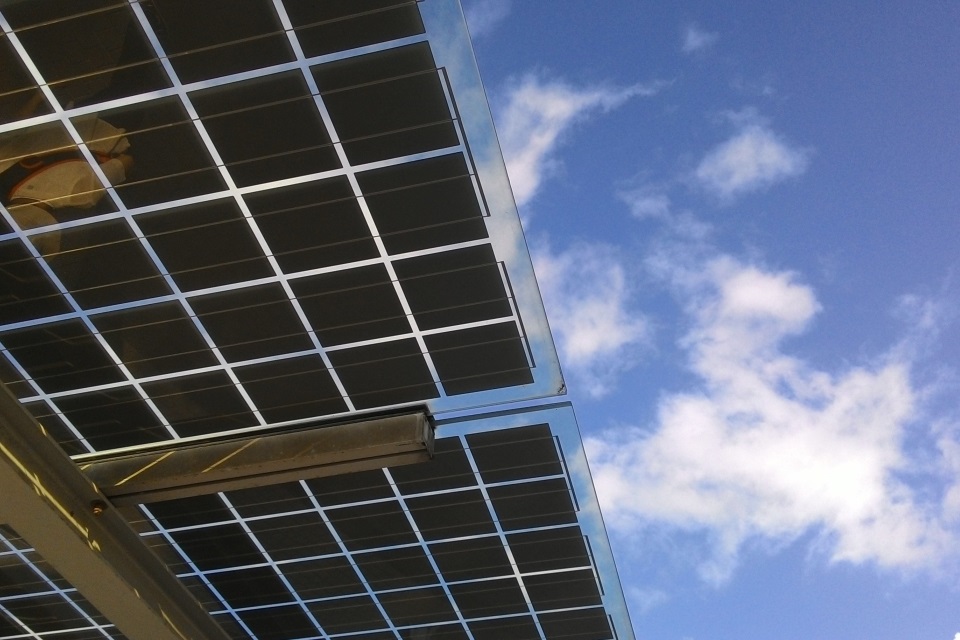 This post was published in the context of LACalytics, a project initiated by the organisation “Young Initiative on Foreign Affairs and International Relations” (IFAIR e.V.) that brings together young experts from Latin America and the Caribbean and the EU. Together they co-author articles on the four major topics economics, politics, environment and civil society as well as on EU-Latin America relations As LACalytics publication partner, facing-change.org publishes four chosen pieces, related to environmental issues.

Nicaragua’s energy sector is expanding as a result of government´s energy transition strategy that aims at transforming the energy mix. Renewable energy is supposed to reduce the dependence on fossil energy. Like this, Nicaragua was able to decrease the share of rural population without grid connection from 40 % to 26 %. By the end of the year the national power grid aims to cover 92%.

In 2013, 25 power plants of hydroelectric, geothermal, wind energy and biomass were connected to the national grid system (Sistema Interconectado Nacional, SIN). At that time, the power plants covered 51% of the electric energy demand with the aim to reach 91% by 2027.[i] Currently, 64% of the electricity demand is generated by renewable energy sources.[ii] Overall, Nicaragua possesses a renewable energy potential of 4,5 GW, but uses only 450 MW, or 10%.[iii]

Despite of the mentioned improvements, Nicaragua continues to be the country with the highest energy prices in the industrial sector in Central America, due to the fact that energy prices increase for a consumption above 150 kWh per month. Electricity customers up to 150 kWh receive a more favorable access to electric energy, benefitting especially private households.[iv] One reason for these high energy prices is the urgency of state revenue, used to repay public debts of the government and the central bank. Therefore electricity prices remain constantly high, even when fuel prices fall.

Solar energy could contribute to the economic and ecological situation of the country, both in rural and urban areas. Although there has been a notable achievement in the expansion of renewable energy, Nicaragua has not yet managed to reach a significan increase of the installed photovoltaic capacity. Since 2013 the country merely has one solar park, financed by Japanese grant funds, in the department of Carazo. It was Central America’s first larger photovoltaic power station with a capacity of 1.38 MW generated by 5880 panels which produce energy for 1100 households.[v] According to Cesar Zamora, CEO of IC Power (Israeli company of power generation in the private sector), the key problem of feed-in of solar energy are the high costs of photovoltaic systems.[vi] This impedes investment in a solar system, as the real price of solar energy, including the investment, amounts to 0.118 U$/kWh in comparison to 0.064 U$/kWh for wind energy. Thus, the solar energy price also exceeds the average stock market price.[vii]

Owner of fossil power plants take advantage of this fact by voicing the opinion that renewable energy generation is not yet economically viable. At the same time, big oil companies lower the oil price, making it appear as though renewable energy is no option for countries like Nicaragua. Yet, what should really be compared are not only the initial investment costs, but real energy prices. Taking environmental savings of solar energy into account, the situation looks different. Another advantage of solar power in comparison to other renewable technologies is the opportunity to install photovoltaic systems as very small plants on rooftops of homes and like this supply remote areas with electricity, which is not useful for other technologies, such as wind energy or fossil fuel power plants.

Therefore the expansion of solar energy in rural regions continues to grow despite the real price per kWh. Communities without connection to the SIN are considered a high priority for the government and NGOs, which support financially weak areas with the donation of isolated solar systems. This expansion of solar energy already represents an important advance, albeit only the expansion of the feed-in of electricity of photovoltaic systems to the SIN in urban areas produces an actual leverage effect. This includes independence from fossil fuels, the reduction of debt, the exploitation of the solar potential and the reduction of the electricity prices for the population.

In addition to the high investment costs, the country lacks a law regulating the sale of electric energy from small grid connected photovoltaic systems to the grid operator. This lowers the investment incentives, as the great gap between real solar energy prices and stock market prices does not allow for an economic operation of a solar system. The feed-in of electricity normally is not remunerated at all and in some exceptions the remuneration is significantly lower than the real production price. As a result, producers are practically giving away the environmentally-friendly solar energy for free. Better conditions might be achieved if solar energy is not sold until there is an adequate regulation.

The combined use of a solar system for auto-consumption and the grid only for additional hours of less sunlight has the advantage that batteries are not necessary. These are the most vulnerable part of a solar system and have to be replaced every three to five years. Hereby, the grid energy consumption is reduced and households save on their energy bill, especially if they received financial support for the purchase of the solar system.

Indeed Nicaragua has a financial deficit and the expansion of solar energy comes along with high costs. Nevertheless, there are people in rural areas who finance photovoltaic systems on their own. They are aware of the environmental damage caused by fossil energy. Thus, they prefer to spend their savings of agricultural work on a small solar system rather than on a new car or a new cell phone every year. They express that the investment in renewable energy pays off as it is healthier for their lives and offers a better future to their children.

Contrarily, some communities solar systems remain unused on the rooftops, once they gain access to the SIN, because the households do not depend on solar energy any more. Only in few cases the solar energy use is maintained to keep the electricity bill low. This would not happen, if a feed-in of solar energy was established and better conditions were given. These facts limit the energy transition.

Nicaragua has an excellent renewable energy potential for a transition to sustainable energy supply and the reduction of greenhouse gas emissions. If there was an appropriate law for the feed-in of solar energy, organizations might not only be active in remote regions without connectivity to the SIN, but expand their activities to villages and cities with small income to support solar projects. This would be an essential step towards covering the increasing energy demand and reducing energy prices. To have a legal agreement for solar systems with grid connection, that regulates solar energy sale to the grid operator, the law 532 needs to be renewed or a new law needs to be passed. It should establish an adequate feed-in tariff, create incentives for producers, grid operators, and consumers as well as simplify the licensing of small power plants significantly.

The number of renewable energy engineers increases every year as young people are aware of the damage that has been caused to the environment. This new generation is prepared to face the need to reduce energy prices and use solar energy as a measure of environmental protection, therewith providing Nicaragua with a more sustainable and just future.