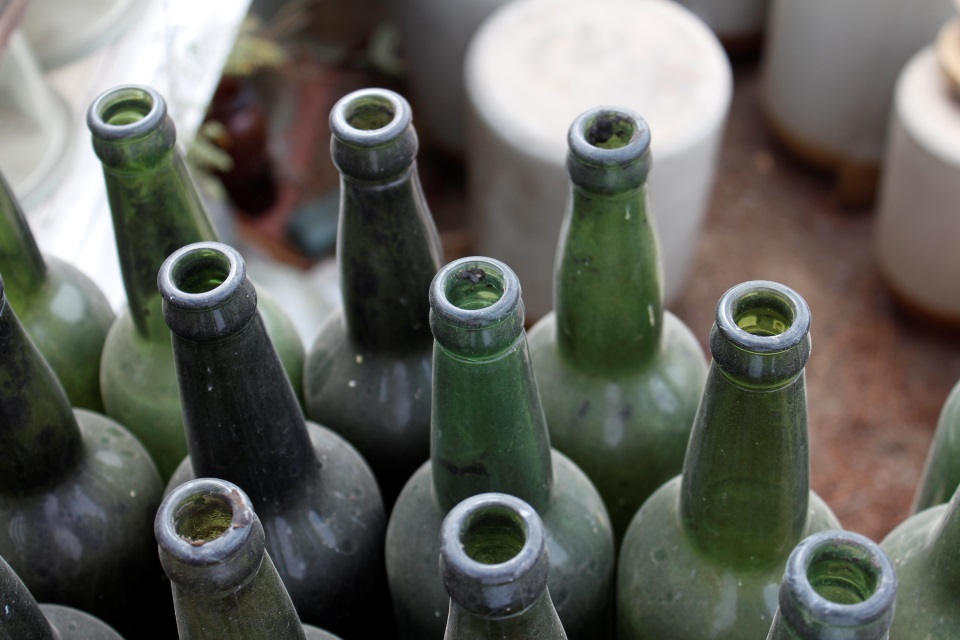 Is it against the challenge rules, if I make some extra money by returning deposit bottles? I was asking myself this question last Thursday while standing in front of a whole bottle selection.

I should add that I did not collect these bottles from waste bins. However, I was seriously considering this. In Germany you get between 9 and 25 cents back on deposit bottles and since many people are throwing them away or leaving them on the streets you can actually make some extra money by just collecting bottles. In the end I decided that this wouldn’t be fair towards the people who are really depending on that money.

The bottles I was facing were my own or from friends leaving them after having a beer or two at my place (I was pretty sure, they will request them back). Fact was: I needed to return them, since my deposit bottle space was simply full. But I wasn’t quite sure if I should include this in my weekly 30-Euros budget or not. In the end I decided for the latter.

You can blame me now and call me a cheater, but the prospect of having two Euros or so extra was just too tempting.

So it came that on Saturday I had enough money left to enjoy myself a bit. I went to an alternative book fair (entry free) where I could also get some lunch for a small donation. It was a sunny day and I allowed myself having two regional (though rather cheap) beers and even invested extra money to get them cooled from a small kiosk. Jori was so kind and donated me her empty bottles and so I could start filling up my returnable bottle space again this weekend (It definitely helps if you have friends who support you in such a challenge and spend a low budget day together with you.)

Since we couldn’t wait the on-donation dinner, we were actually planning to join as well on that day; we spontaneously went to a small diner having a falafel sandwich. Sure, fast food is not the most ecological option and of course I could have gone home and cook something from my edibles available… But it was Saturday and so I decided to have a decent falafel for three bucks.

My balance at the end of this week is + 1.95 Euros, which I will very likely spent on buying toilet paper next week.