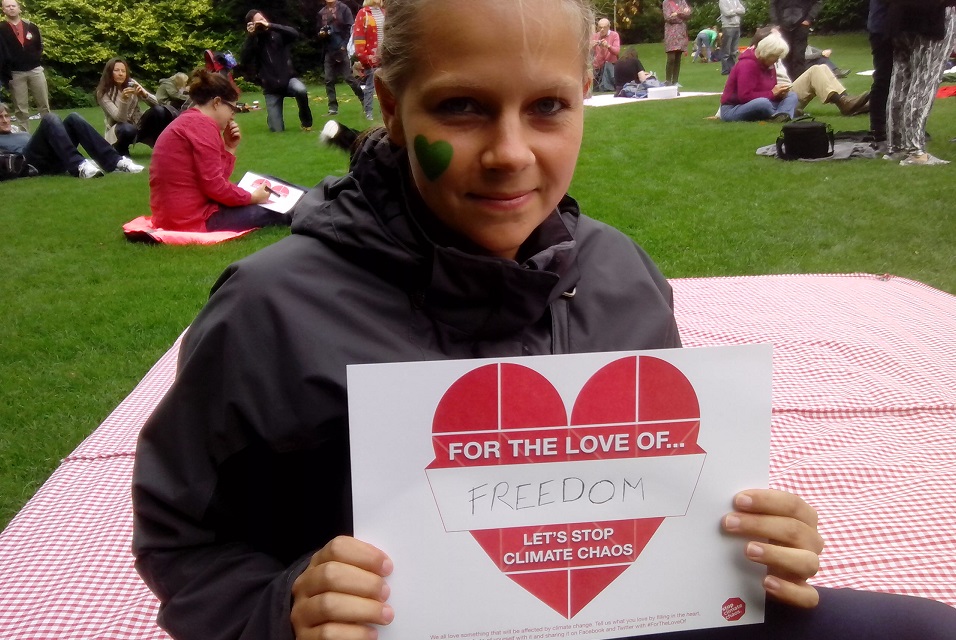 Why climate change and the refugee crisis are directly related. In relation to the so called ‘refugee crisis’ and the right-wing hate movement that has sprung up here in Leipzig, I have recently read a statement saying that in at least two generations the Germans would become a minority in their own country.

The probability of such a scenario aside, my reaction to that was: so what? That too is global change. And being that, it seems to be just as hard to accept for some people as reality of climate change.

And yet both problems are directly related. For instance, a disputed study concluded, that climate change has played a significant role in the emergence of the war  in Syria. A row of consecutive droughts between 2006 and 2010 was seen to have caused a hunger crisis and to have taken away the livelihood of many Syrian farmers.

Measurements taken from the start of the 20th century have not shown any comparable series of droughts. These droughts resulted in a massive  movement of Syrians from the land towards the city followed by unrests and uprisings. According to the study these droughts were the results of human induced climate change which has been moving the climate zones further north, pushing the dry subtropics up towards Syria. As a result rain in the area decreased, causing droughts.

Among others, the German Spiegel has discussed this study as being problematic due to lack of data and the difficulty of modelling this particular region. Furthermore there appear to be no indications that the drought refugees were the ones responsible for the uprisings. Another counter argument is that the drought has largely been caused by ‘failed management’ rather than climate change. No matter if management or climate problem, I think it is very likely that environmental problems played a role in the development of the conflict in Syria, by increasing the pressure on cities and thereby also increasing the conflict potential. Of course an escalation such as this one have more causes than just the farmers fleeing to the cities (see future article on the Maya for a discussion of the problems of complex societies). In a system that is under pressure anyway however, this kind of additional pressure can be the straw that breaks the camel’s back.

Even though the results of this study are disputed and might not hold under close scrutiny, it is hardly disputed that we will face more weather extremes in the future. For example the newest report of the Intergovernmental Panel on Climate Change (IPCC) states that it is very likely for all kinds of extreme weather events to increase worldwide. As a result the amount of climate related refugees is not likely to decrease. Instead we might have to face the flux of more and more people towards Europe.

Next to the directly noticeable effects of climate change, like hotter summers, vanishing seasons, higher risk of flooding etc., we will have to learn how to deal with the for us indirect impact of increasing refugee numbers. I am convinced that protest movements like Pegida and Legida in Germany will lose in the end. We can’t simply lock out this reality. We will have to get used to the fact that more and more people have to live with less space and fewer resources. And it does seem like the most liveable space is going to be found, amongst others, here, with us.

Besides being an enormous challenge, this is also a  huge chance for humanity as a whole. This situation can, without a doubt, end in catastrophe. If the western states close their borders, the locked out ones will have to find other, most likely violent, means to get to us and our resources in order to survive. The other possibility would be that we turn the tide and develop into a more enlightened and solidary society, in which we find a way to share the dwindling resources more fairly and develop a strategy together to use them sustainably. If we want to reach this goal I see it as particularly important to show the extreme right-wing movements (even though they consider themselves nothing but ‘concerned citizens’) that they are on the wrong track and not of this time. Instead of tolerating hate, we have to counter it and foster solidarity with people in need all over the world.

Picture source: the picture is my own (as are the hands), taken at Peoples Climate Picnic in Dublin 2014 – little did I know.