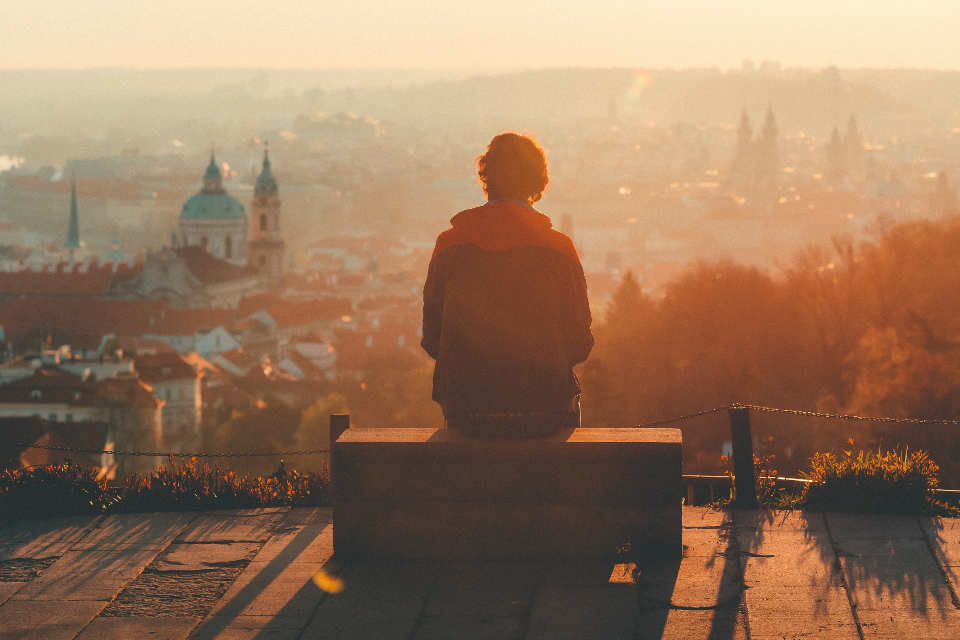 There are two main reasons to travel alone: freedom and conversations. Don’t get me wrong, I enjoy traveling with others, too – certain others that is, it won’t work with everybody. Still, traveling alone has its own advantages!

Firstly and most obviously, traveling on your own comes with a lot of freedom. For me it is the kind of freedom that allows for total relaxation. The relaxation results from not having to make any plans. I would generally have a vague idea of what I want to do with my day, but then something else might come up and I’d often end up doing something completely different – and that’s fine!

It’s really interesting and inspiring what kind of things you discover if you just follow your gut and have a stroll around a place you don’t know. This is somewhat harder when you are traveling with others. While you might be able to reach a consensus on what to do quite easily, just having to discuss and agree on something changes the feel of the moment. Furthermore, traveling alone relieves this self-induced pressure to make sure, the other person is having a good time.

When I travel alone, I don’t have to feel guilty if something I wanted to do on the trip turns out not to be that great. I know that the people I have traveled with before, would like to chime in at this moment and tell me that I don’t have to feel any guilt when I’m with them either, and I know that. However, for some reason I still do. So, just being able to turn off the guilt for a couple of days, not being responsible for anybody but yourself, is very relaxing.

Travelers alone somehow seem to have a radar for other lonesome wanderers – so you meet and have a conversation. And what’s so great about it, is that you have no prior knowledge of each other. You (ideally) don’t have any prejudice or preset idea of how that person is and what to expect of him or her. Of course that’s true of every time you meet a stranger, but most of the time that stranger is a new colleague or neighbour. That means there is a certain pressure coming with the meeting – you’d better get along, as you’ll be stuck with each other for a while.

You don’t have that pressure when you’re traveling. You meet a person, you talk and whenever you feel like it, you go your separate ways again and no hard feelings. It makes for a much more free and relaxed conversation. You feel like you’re getting the real people, not some filtered version of themselves. But of course you’ll never know for sure, because you won’t meet again and that’s okay.

If you’re traveling with a friend or partner, not only meeting people itself isgetting harder. If you do meet people, you will never have that totally relaxed and unrestrained conversation, because there is someone there who has prior knowledge of you. For me this feeling of not having to adhere to the social construction of yourself appears somewhat similar to what many people experience on festivals – a place where the perception of normality shifts. The setting of a festival, so far away from reality, allows you to try on different versions of yourself, versions that might have gotten lost in your everyday life, but that are still part of you.

Talking to strangers in a foreign place gives you a similar opportunity. Most of the time those meetings end with you having a head full of new ideas, while not even knowing the other one’s name. But sometimes these meetings result in long-lasting friendships, which are strong simply because of the way in which they developed.

As a bonus reason, there is something very mind-opening about the loneliness itself. While you often have these great conversations with fellow travelers, you tend to also spend a lot of time in silence. Simply because there is no one to talk to. The silence in combination with being in an unfamiliar place away from all the things of everyday life, which your mind usually attaches itself to, somehow allows the thoughts to wander more freely.

I get the feeling that being quiet for a while, not talking to someone or distracting yourself with a book, movie or your phone, allows the mind to clean and reset itself. When coming back from such a trip, I feel that I can think a lot more clearly and have more inspiration and creativity. I am almost certain that a lot of this inspiration is due to being silent in unfamiliar surroundings.

To travel alone might not be for everyone, but for me this mixture of fun conversation and silent inspiration is the perfect way to allow the (slightly dominant) introverted part of me to restore itself, while keeping the extroverted me happy, too. So, if you feel like you need a recharge – dare to give it a try!