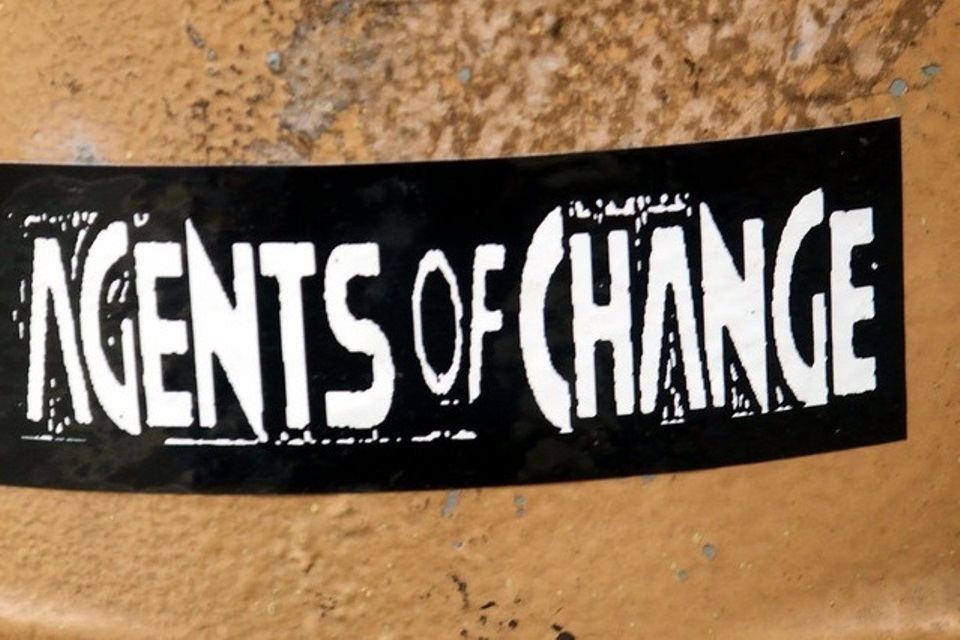 While most of us would probably agree that our current lifestyle is somewhat problematic, we often don’t manage to really change anything about it. I think the reason for that lies in some kind of self-protection. We are unbelievably talented in being extremely censorious towards everyone and everything except for ourselves. We even go so far as to use problems and mistakes in the outside world in order to justify our own inaction. This manifests itself in statements like „what does it change if I drive my car less, if those Americans with their huge rides are pumping tons of CO2 into the air anyway?“ Or even better: „why should I separate my waste, if they end up throwing it all together at the waste plant anyway?“

Often these kinds of attitudes are based on hearsay or single cases, which got stuck in our heads for the simple reason that they, very handily, provide seemingly logical explanations for our behaviour. They help us to prove that we don’t just act like we do for no reason whatsoever, but that we have thought about it and that our acts are based on a rational decision.

Yes, there might be reports about waste management plants which just throw all of our neatly separated waste into the waste combustion together with the residual waste. I would be the last one to claim that we should blindly trust governments, corporations or the institutions attached to them in environmental questions. But: the solution to such an issue is not to just stop separating your waste. That is the wrong conclusion to draw and indicates nothing but resignation – capitulation in the face of a system one doesn’t think one could change.

The right reaction to such a report would be to question if this is happening at your local waste management plant, too. And if it is, shouldn’t we be even more accurate about sorting the waste, in order to show that we do care what happens to it? Shouldn’t we be heading to the ones responsible and dump our perfectly sorted waste on them (maybe not literally, that would be somewhat disgusting and probably not very effective, but you get what I mean) and demand of them that our waste be properly dealt with?

Anyone who doesn’t want to get that close can still show his unhappiness by writing an open letter, a letter to the editor, starting an online petition etc. etc… The important thing is, not to just quietly accept what is happening or even to change the own behaviour for the worst, just because others aren’t doing what they should.

Let’s have a look at another, maybe even more feasible example: we already wrote about the frustrating plastic paradise our supermarkets are. Whenever I go to my local supermarket I see everyone packing their fruit and veg in those lovely plastic bags provided and carry it to the scales in order to weigh it, without even thinking about it. How much plastic would this supermarket safe, if they would simply weigh the fruit and veg at the till, like many others do? If they would then recommend people not to use any bags for the fruit and vegetables that are not that sensitive, a lot of people would likely think twice about using those bags. For things that simply need to be packed, it would be a lot better to provide recycled paper bags, which are often also better for storing the produce and keeping it fresh. However if we don’t say anything and keep using those plastic bags, the supermarket won’t notice that their system isn’t ideal.

So how about we start to boycott those plastic bags? If we just weigh our groceries without packaging and stick the little label (which is another bit of waste they could get rid of by weighing at the till) directly on one of the apples or whatever we’re buying? Suddenly there would be a lot less plastic on the conveyor belt. The cashiers will definitely notice that they are now regularly moving lose apples and pears over their till. Another possibility would be to bring your own bags and keep reusing them. This will also be noticed and might at some stage lead to a change in thinking at the management level.

This kind of silent rebellion has worked in the past: one supermarket suddenly decided that if you buy a product in larger quantities you still need to put every single item on the belt. My mother, and probably others too, just refused to do that out of principle. Each time she waited until she was asked, before taking the things out of the trolley. By now this rule has been discarded again and you can buy six bottles of milk without having to take them all out. I am convinced that a similar silent (loud is also good if you ask me) protest would be successful in the context of the vegetable-plastic-wastage. The most effective way, however, is probably again the direct confrontation.

Supermarkets are generally open in relation to the desires of their clients, as there is much competition and they need to ensure they don’t lose the patronage. In my experience, the specific supermarket I have been talking about is very good in terms of customer relations. For example you are almost always asked if you have found everything you were looking for (‚Yes, except for world peace, eternal happiness and the meaning of life, which aisle are those in?‘). And mostly they actually have whatever was missing or sold out the next time you go there (Whether it makes sense to have everything in stock all the time is a topic for another time).

If you would start to regularly go to the information desk and ask if they have any suggestions on how to reduce waste when buying fruit and veg in their supermarket, this gets noticed. Or you might contact the management and tell them about the problem and what kind of solution you would suggest. By the way, you can also use this method to convince supermarkets to sell things like regional milk in glass bottles or 1 liter buckets of yogurt.

All these are potential approaches to solve the everyday environmental issues you come across and I am sure you can come up with many more ideas and possibilities. The important thing is for us to notice such a problem and not use it to justify our own laziness. Instead we should think about what we, be it a small or a large act, can do about it. Not everybody needs to go to the government or city council with every problem, but we should understand: resistance, however small, gets noticed. For one simple reason: no one likes unhappy clients, residents, or voters – those mean losses. Often the reaction to unhappy people is, unfortunately, to distract from the problem, rather than to solve it.

If we, however, don’t let ourselves be distracted, then commerce as well as politics will have to act – or lose us. They don’t have a choice – we do! We just have to make the right one.